December 29 1939.  Listeners to the BBC on this evening caught the first work in the medium by that most British of American mystery writers, John Dickson Carr.  "Who Killed Matthew Corbin?" appeared in three parts, running into January. It starred Gordon McLeod as Carr's sleuth Dr Gideon Fell.

Nu recordings are known to survive but Carr recycled the plot for "The Clock Strikes Eight," which you can listen to here.
Posted by Robert Lopresti at 12:00 AM No comments:

October 12, 2017. Today is the start of Bouchercon, the international mystery convention.  It is getting underway at the Sheraton Centre in Toronto.  Guests of honor include Louise Penny, Megan Abbott, Christopher Brookmyre, Chris Grabenstein, and Margaret Cannon.  Toast masters will be Twist Phelan and Gary Phillips.   Ellery Queen's Mystery Magazine will be honored.  John Buchan, former governor general of Canada and inventor of the good-guy-chased-by-the bad-guys-AND-police subgenre with The Thirty-nine Steps, will be honored as ghost of honor.

Sounds like a ball, doesn't it?
Posted by Robert Lopresti at 12:00 AM No comments:

This operation is suspended.

Hey folks, I am busy busy busy and will be updating this only occasionally.  Sorry.
Posted by Robert Lopresti at 12:00 AM No comments: 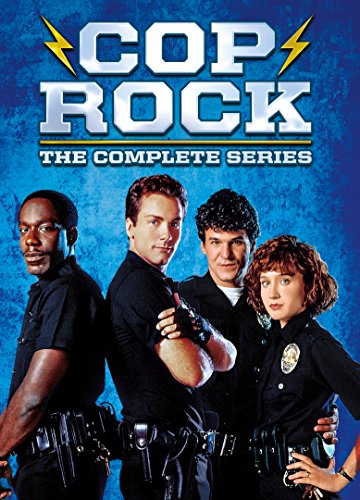 September 26, 1990.  On this day one of television's weirdest experiments began. Steven Bochco, creator of Hill Street Blues, convinced ABC to air a grim, gritty urban police show in which characters inexplicably burst into song several times each episode.  I remember wondering "What were they smoking when they dreamed this up?"  It lasted eleven weeks.  TV Guide ranked it as the 8th worst TV series of all time.
Posted by Robert Lopresti at 12:00 AM No comments:

September 25, 1941.  On this date Ellery Queen Mystery Magazine was announced to the world at a banquet at the Waldorf-Astoria Hotel in New York.  Only a handful of surviving American magazines have lasted longer than EQMM.  More than forty Nobel and Pulitzer Prize winners have graced its pages.  My favorite claim to fame: EQMM was the first American magazine to publish Jorge Luis Borges in English. 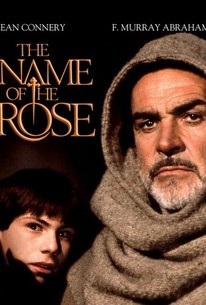 September 24, 1986.  Italian literary critic Umberto Eco made quite a sensation with his first novel, the medieval mystery The Name of the Rose.  On this date the movie came out, starring Sean Connery as the brilliant Brother William of Baskerville (one of many perfect names... I recall the blind librarian Jorge of Burgos).

Many thought the book would be impossible to film but it turned out quite well and was nominated for an Edgar.

My favorite bit of dialog, between Brother William and Dr. Watson - I mean Adso (Christian Slater).

–Oh dear.
–Why oh dear?
–You ARE in love.
–Is that bad?
–For a monk, it does present certain problems.

Posted by Robert Lopresti at 12:00 AM No comments:

Email ThisBlogThis!Share to TwitterShare to FacebookShare to Pinterest
Labels: 1980, eco, movie, name of the rose

September 23, 1935.  Secret Agent X-9 was a comic strip, originally written by Dashiell Hammett and drawn by Alex Raymond (better known for Flash Gordon).  X-9 was the only spy in history who was addressed by his secret spy number instead of his name (huh?).  The agency he worked for was equally nameless.

X-9's adventures began in 1934 but on this date the authoring duties transferred from Hammett, the creator of Sam Spade, to Leslie Charteris, better known as the creator of the Saint. Seldom has so much talent been spent on so little a result.

Charteris left the strip a year later but it limped on with a  pseudonymous author (joining the agent and his agency in namelessness, I guess), until 1992.
Posted by Robert Lopresti at 12:00 AM 1 comment:

Robert Lopresti
I am a prize-winning mystery writer, librarian, and songwriter.